Is It Too Late To Get a Prenup after Marriage? 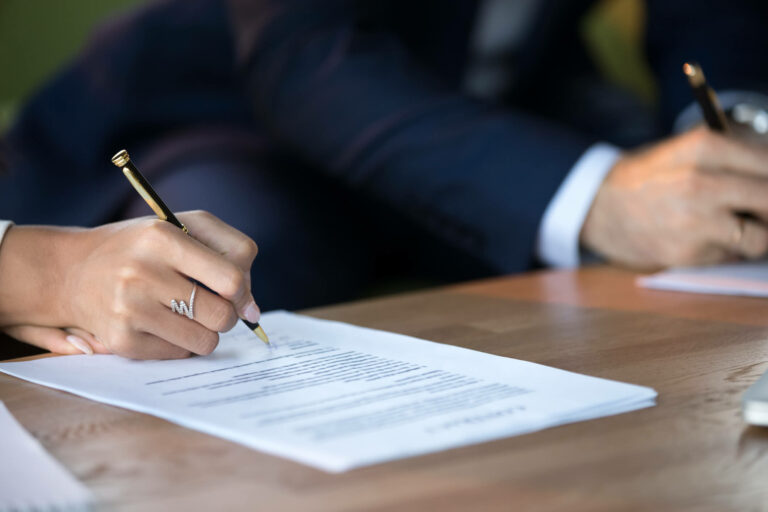 Prenups are a great tool if a couple wants to plan for possible future events. Many spouses do not consider this type of agreement until after they’re married, so is it too late to get a prenup after marriage?

What Is a Prenup?

A prenuptial agreement (also referred to as a prenup, antenuptial agreement, or premarital agreement), is a contract between two parties created before they marry. Prenups cover a variety of topics and provide a roadmap in case of divorce or the death of a spouse.

Many people view prenups negatively because they discuss contingency plans should the couple divorce. While no one likes to enter a marriage thinking about divorce, prenups can do much more than create a plan for the future. A prenup can facilitate honest conversation between a couple and set clear expectations for the relationship.

You have probably heard of prenups, but another type of agreement exists called a postnup.

Therefore, if a couple is wondering whether it is too late to get a prenup after marriage, the answer is no. But instead of a prenup, the spouses create a postnup.

Why Get a Postnuptial Agreement?

Contrary to popular belief, getting a postnuptial agreement can be for everybody, not just wealthy individuals. Nonetheless, postnups are particularly beneficial in certain circumstances.

Postnups have become more favorable for couples in states with no-fault divorce laws or states that follow laws for equitable distribution of assets.

What Are the Benefits of Having a Postnup?

Spouses may feel they need a postnup if their circumstances have changed, financially or otherwise. Many couples also decide to enter into a postnuptial agreement several years into their marriage as a tool to save their relationship.

Postnuptial agreements are versatile and have many advantages. While even the thought of an agreement sends many running the other way, if you draft and execute them correctly, they can be helpful to both parties in the short and long term.

What Does a Postnuptial Agreement Usually Cover?

Couples often want to include information regarding children, such as child custody and child support, even if the couple doesn’t yet have children at the time they enter the agreement. It is important to note the court may not uphold provisions in the postnup, as the court is required to make decisions based on the child’s best interests.

Postnup agreements should be fair to both spouses. Couples can communicate and negotiate to come up with a contract that reasonably suits their needs.

How Are Postnups Made Valid and Enforceable?

Postnuptial agreements are contracts. For a contract to be valid, it must meet certain requirements. The following points must be true:

Additionally, both parties should have the mental capacity to enter into the agreement, and the spouse agreeing to the postnup must be given adequate time to review the contract with their lawyer.

If the postnuptial agreement is created or executed improperly, it may not be enforceable in the future.

How Long Do I Have to Get a Postnup?

Do I Need a Lawyer for a Postnuptial Agreement?

You are not legally required to have a lawyer draft and execute a postnuptial agreement. Still, it is usually in your best interest to have legal guidance.

Courts often heavily scrutinize postnups. Having a qualified family lawyer helps ensure you create a solid and valid agreement that meets all requirements.

Should Spouses Have Their Own Lawyer, or Can They Share One?

Some states allow spouses to share a lawyer for their postnuptial agreement. Nonetheless, it is always best for each spouse to have their own attorney to protect their rights and interests.

Typically, one spouse will propose the postnuptial agreement and get a lawyer to draft the contract. The other spouse should be given ample time to seek legal counsel and review the proposed contract. The parties and their lawyers may need to negotiate before coming to a final agreement.

Consider an Unbundled Lawyer for Your Postnup

If you’re considering creating a postnuptial agreement, having a lawyer on your side can lead to a better result, but family attorneys can be costly. Fortunately, an unbundled lawyer can provide the guidance you need while minimizing costs.

An unbundled lawyer is the same as a traditional lawyer, but the way they offer their services is different. Instead of having one attorney handle your matter from start to finish, an unbundled lawyer will only assist you when you need it most.

For postnups, an unbundled lawyer can provide any of the following services:

Whether you need limited legal guidance or substantial representation, an unbundled lawyer is ready to help you.

If you’re seeking help with your postnup, we can match you today with an experienced unbundled lawyer in your area. Contact us today to get started.

What Are the Grounds for a Divorce?

What Not To Do during a Custody Battle?