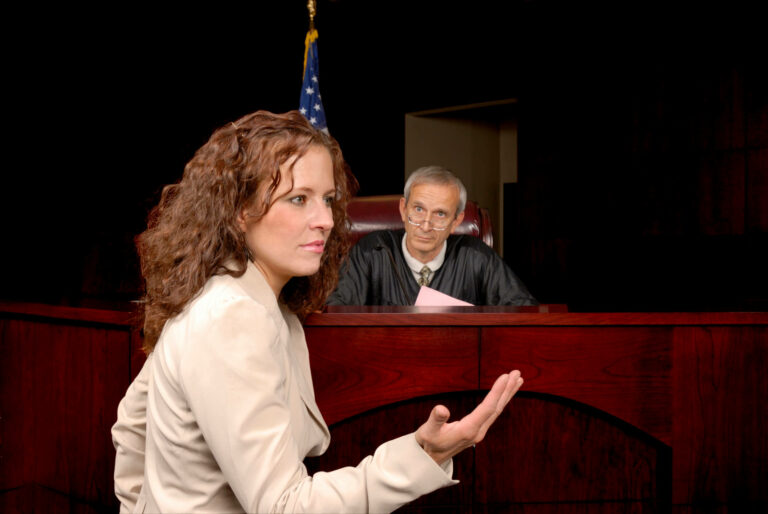 Facing a criminal charge can bring about extreme feelings of dread and anxiety. Your future is unsure, and you don’t know where to go from here. A criminal defense lawyer can help give you peace of mind, as they have the necessary knowledge and experience to handle your case.

Unfortunately, many individuals forgo hiring a criminal defense attorney as a money-saving measure. However, this often backfires, and you may end up in a compromised position.

Unbundled Legal Help makes getting affordable legal representation simpler, without the steep price tag. An unbundled lawyer can be your best ally throughout your legal battle. We can put you in touch today with an unbundled criminal defense lawyer in your area.

Continue reading to better understand common crimes, how a criminal defense lawyer may benefit your case, and your future.

Common Types of Crimes and Penalties

There are a wide variety of crimes with accompanying penalties. The types of crimes, their names, and consequences will depend on the laws in your state. Crimes are typically classified as infractions, misdemeanors, or felonies.

Infractions are the pettiest types of offenses, and usually do not involve jail time. Infractions include traffic violations and disturbing the peace.

Felonies are the most serious type of criminal offense. These crimes are often punished with severe prison sentences. Murder and arson are felony examples.

Below is an overview of the most common types of criminal offenses.

Crimes against a person result in harm to a person, or a threat of imminent harm. The harm can be physical or mental. Usually, crimes against people are either classified as violent crimes or a form of homicide.

If the crime resulted in someone’s harm, but not death, it would be a violent crime.

Assault is generally an intentional act that puts someone in a position to fear a risk of imminent harm. During an assault, the victim is not actually harmed but does feel it could happen at any moment. Many states often refer to the act of instilling fear in a victim as “simple assault.”

Assault is typically a misdemeanor, with penalties including fines and short jail sentences.

Battery results in harmful and offensive physical contact with the victim.

Every state handles battery differently. For example, some states do not call it battery, but rather “aggravated assault.” It is common to hear the terms “assault and battery” together.

Battery can be a misdemeanor or a felony, depending on the circumstances, with penalties including prison time.

Domestic violence, or domestic abuse, occurs when a victim’s spouse or intimate partner engages in frequent acts of violence. These acts can be physical, sexual, or psychological.

Domestic violence is often classified as a misdemeanor unless certain factors are present. Physical harm, an act including a weapon, or prior instances of domestic violence can cause the crime to be considered a felony.

Harassment is any unwanted behavior that makes a person feel uncomfortable or embarrassed. Harassment can be based on sex, race, religion, and the like.

Depending on your state’s laws and the details of the case, harassment can be a misdemeanor or felony.

Rape involves unlawful sexual acts against the victim’s will and without their consent, usually involving intercourse. Aggravated rape is more severe, often involving a weapon or multiple offenders raping the same victim.

Rape is classified as a felony, which means the possibility of a long prison sentence.

If the crime resulted in the victim’s death, it would be considered homicide.

Every state handles murder charges differently. Murder can be first-degree or second-degree. Florida, Minnesota, and Pennsylvania are the only states that have third-degree murder.

In most states, first-degree murder is defined as a purposeful and premeditated killing. This means the defendant knew what they were doing and planned out the killing beforehand. Defendants charged with first-degree murder face long prison sentences, sometimes life in prison, and in the worst cases, possibly a death sentence.

The precise distinctions between first- and second-degree murder vary by state. In most instances, the major difference includes the presence or lack of premeditation. Punishment is also not as severe for second-degree murder, as the death penalty is usually not on the table.

Third-degree murder entails a non-premeditated killing. Defendants charged with this crime usually only meant to cause some bodily injury without the desire to kill. Penalties for third-degree murder involve hefty fines and maximums of 15-40 years in prison, depending on the state.

Manslaughter is the killing of another without “malice aforethought,” meaning the defendant did not have the intent to seriously harm or kill the victim. Essentially, an individual is charged with manslaughter because their crime does not meet the requirements for the more serious charge of murder. Manslaughter is commonly separated into two categories: voluntary and involuntary.

Voluntary manslaughter is often referred to as a “heat of passion” crime because the defendant is provoked by the heat of the moment to commit the killing. The defendant doesn’t have the chance to “cool off” and think twice, and their strong emotions fuel their actions. Those committing voluntary manslaughter face fines and extensive prison sentences.

Crimes against property typically relate to destruction or theft. These crimes can interfere with someone’s use and enjoyment of their property.

Burglary is generally defined as an unlawful entry into someone’s property with the intent to commit a crime, including theft. This crime is a felony, and defendants may face prison time.

Robbery involves forcefully taking someone’s property from them. Unlike burglary, which does not require the victim to actually be present, robbery is committed directly against the victim. A defendant can be charged with robbery or attempted robbery in most states. Penalties include prison time, fines, and community service.

Larceny is another theft crime involving taking or withholding a person’s property through various means. Larceny is distinct from robbery or burglary because it does not involve force, threats, or unlawful entry. Depending on the state and details of the case, larceny can be a misdemeanor or felony.

Embezzlement is taking someone’s personal property with which you were entrusted. The crime is most often associated with money. Depending on state law and the amount of property taken, embezzlement can be a misdemeanor or felony.

Arson is the criminal act of intentionally setting fire to someone’s property. Depending on the state, you will encounter different degrees of arson, and it may be considered a misdemeanor or a felony.

Shoplifting entails taking items from a store without paying for them. Charges for shoplifting under a certain value are usually misdemeanors. Once the value of the stolen property exceeds a certain amount, it can be classified as a felony with more severe punishment.

Statutory crimes can involve the crimes listed above. They are crimes made illegal by a specific statute.

Inchoate crimes entail taking steps toward committing a crime and assisting in the commission of a crime. Inchoate crimes include attempts, conspiracy, and solicitation to commit a crime.

How Can a Criminal Defense Lawyer Help Me?

A criminal defense lawyer has the skills and resources to help you fight charges brought against you. You are not required to have legal representation, but having an attorney on your side can help yield more favorable results.

Your criminal defense lawyer can handle all tasks related to your legal representation:

A criminal charge can put you in a detrimental position, and a criminal defense attorney can work with you to pursue the best possible outcome.

What you pay for your criminal defense lawyer will frequently depend on where you’re located, the type of crime you’re being charged with, and the amount of work your case requires.

Using a criminal defense lawyer can get pricey quickly. Still, having an attorney on your side gives you the best chance at reaching a fair outcome.

An Unbundled Lawyer Can Help You Fight Your Charges

If you’re interested in hiring a criminal defense lawyer but are deterred by possible costs, an unbundled lawyer may be for you.

An unbundled lawyer only provides the services you need. Whether it be helping you create a defense strategy or representing you in court, you choose what you’d like your lawyer to assist you with. This lets you have exceptional legal guidance and keep costs at a minimum.

We can match you today with a local unbundled lawyer that suits your needs. We work with numerous criminal defense lawyers ready to help take on your case.

If you’re facing criminal charges, you don’t have to do it alone. Contact Unbundled Legal Help today to get started.

What Are the Advantages of Filing Bankruptcy?

How Much Does a Divorce Lawyer Cost on Average?