Do Drug Charges Ever Get Dropped? 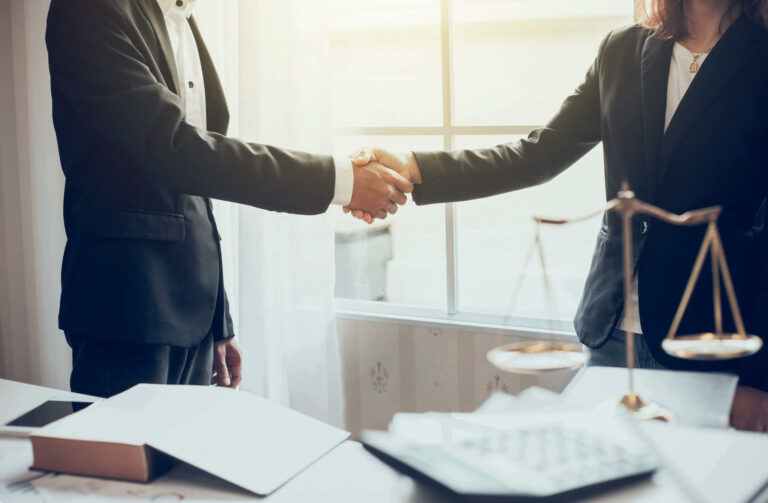 If you've been charged with a drug-related crime, you don't have to face it alone. Unbundled Legal Help can connect you with a local drug defense lawyer.

There are different drug crimes, depending on whether it is under state or federal law. State drug charges often involve shorter prison sentences or, in some cases, probation. Federal charges usually come with more severe consequences.

It is a crime to possess illegal drugs. Drug possession is one of the most common drug charges.

Additionally, some states charge individuals with possession of drug paraphernalia. Drug paraphernalia can include different items used to ingest drugs, like pipes or syringes.

Drug possession charges can be tricky. You can be charged with actual drug possession for having drugs on your person during a search, but you may also face charges for “constructive” possession of drugs. Constructive possession means you had knowledge of the existence of drugs. This is frequently seen when, for example, police find drugs in your glove compartment. The drugs can belong to you, but they may belong to a friend you let use your car.

If you are caught with a smaller amount of drugs, you may only face simple drug possession charges. If you are found to have a larger amount, it is common to face charges for possession with intent to distribute.

Consequences for possession vary. For charges for simple drug possession, you may face fines, probation, or a rehab program. For possession with intent to distribute, fines and prison time are much greater, depending on the type and amount of drugs.

Distribution typically refers to a person selling or delivering controlled substances. Charges for distribution or dealing often result from smaller amounts of drugs.

To charge an individual with distribution, it must be proven that you were in possession of illegal drugs with an intent to sell. The first part is generally easy to prove, but the intent may be more challenging for authorities.

Along the same lines as distribution, trafficking has to do with the transportation and selling of illegal drugs. The main difference is the amount of drugs involved. Drug trafficking charges require larger quantities of drugs, meaning more serious consequences.

Those arrested for drug trafficking maybe be charged with state and federal charges, all depending on whether the drugs traveled from state to state or from another country.

An individual can be charged with manufacturing if they play a role in cultivating or producing ingredients to make a controlled substance, or if they participate in the process of creating illegal drugs.

Charges for drug manufacturing can fall under state law, federal law, or both. Penalties typically include expensive fines and prison sentences.

What are Some of the Most Common Types of Drugs?

Drug charges can stem from many different types of drugs. Some of the most common kinds include:

Marijuana used to be illegal in every state, but is now legal in some states. However, if you are caught with marijuana in a state that has not legalized it, you may face drug charges.

A controlled substance is “a drug or other substance tightly controlled by the government because it may be abused or cause addiction.”

The federal Controlled Substances Act classifies drugs into “schedules.” Charges and punishment are often governed by the specific drug’s schedule. The five schedules are as follows:

Some states have their own drug classifications, although most follow the federal schedule.

Some laws protect individuals from random and illegal searches. A police officer must first have a reasonable suspicion or probable cause to conduct a search. For example, if an officer suspects an individual is in possession of illegal drugs, they may search their vehicle or obtain a search warrant to search their home.

Should I Give Consent for a Search?

Like many legal questions, the answer is usually “it depends.” If an officer wishes to search your vehicle or enter your home, you have the right to refuse to allow the search.

Although, if the police come knocking at your door with a search warrant, this changes the situation. In this scenario, ask the officers to see the warrant before they enter. A valid search warrant gives law enforcement a legal right to enter your home, and attempting to stop them can mean further legal trouble for you.

Depending on your particular case, you may be able to utilize a defense for your drug charge. Some common defenses to drug charges can include:

These and other possible defenses may be available to you to help you get your drug charges dropped. To determine whether you have a valid defense for your drug charge, it is best to discuss your case with a qualified criminal defense attorney.

Should I Hire a Criminal Defense Attorney for a Drug Charge?

While you are allowed to represent yourself in court, it is highly beneficial to have a knowledgeable and experienced criminal defense lawyer on your side. Most people are unaware of how to handle a criminal drug charge, and you only have one chance to get it right. With so much on the line, a drug charge is nothing to mess around with.

If you’re facing a drug charge, it is possible to get it dropped. Discuss your case with a criminal defense attorney to determine your best course of action.

Consider Consulting with an Unbundled Lawyer

Traditionally, criminal defense attorneys can be costly. You will need to pay an expensive retainer fee at the beginning of your case and pay your attorney’s time hourly after that. If you find yourself needing a criminal defense lawyer, the prospect of having to spend so much money can be discouraging.

An unbundled lawyer is a lawyer like any other, but offers their services as you need them. When you hire an unbundled lawyer, you are willing to handle certain parts of your case while your attorney handles the most critical portions.

You don’t have to sacrifice—it is possible to get the legal services you need without the steep price tag. Unbundled Legal Help can connect you today with a local unbundled drug defense lawyer to help with your case. We believe everyone has the right to have accessible legal services.

If you’re facing drug charges, you are not alone. Contact Unbundled Legal Help today and let us match you with the best unbundled lawyer to fit your needs, helping get you on the path to resolution.

How Much Does a Divorce Lawyer Cost on Average?

Can a Father Take Full Custody of His Child?