Child Custody When a Parent Is an Alcoholic 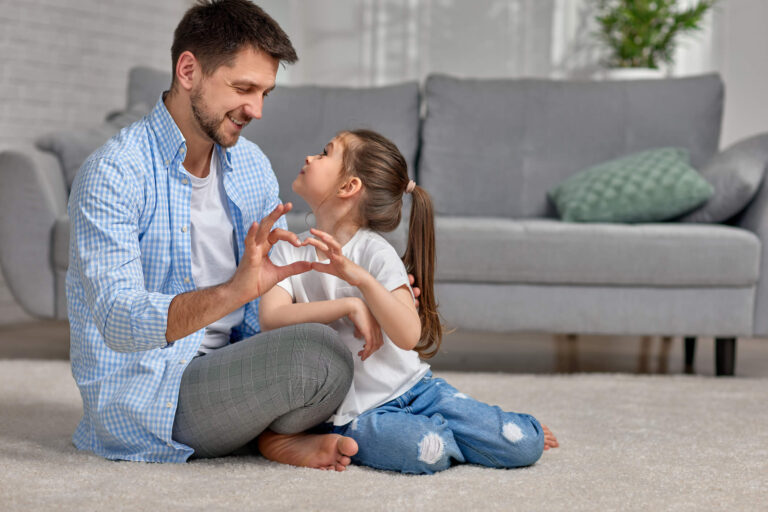 In general, family court judges make child custody rulings based on the best interest of the child. If you can prove that your ex-spouse is addicted to alcohol, you increase the likelihood that a judge will grant you sole custody. Additionally, if you believe that your child is in danger you can request a restraining order and/or legally refuse visitation rights to the other parent.

Learn more about child custody when a parent is an alcoholic below.

When child custody involves concerns about substance abuse, those issues should never be taken lightly. While the accusation itself can lead to powerful testimony, your perspective alone is often not enough to sway a judge’s opinion. Listed below are a few steps you should take before bringing your case to court.

The moment you notice that your ex is developing substance abuse tendencies, it is recommended that you begin collecting evidence. This can include police reports, DUI charges, property damage, abuse allegations (photos, video, etc.), eyewitness testimony, and the like.

Begin to prepare a well-documented record of the other parent’s alcohol issues. Additionally, you must provide evidence that your ex’s substance abuse problem negatively impacts their ability to co-parent your child.

Whether you are in the midst of a divorce or seeking to change a current child custody order, it is recommended that you hire a family law attorney in your area. Your attorney can help you with evidence collection, presenting the evidence in court, and mounting a compelling case against your ex.

If you are currently going through the divorce process, you can describe the issues with your ex’s alcoholism in the paperwork that you file. You will also have an opportunity to present evidence and call witnesses during a hearing (if necessary).

File for a Modification of Child Custody

If child custody has already been decided and you want to change it, most states require you to file for a modification of child custody. Judges typically approve requested modifications if the petitioning parent proves there has been a substantial change in circumstances and the requested change is in the best interest of the child.

Divorce and child custody cases can take months to conclude. In some cases, more than a year. If you are worried about your child’s safety, waiting that long is very likely not an option. In such cases, you can file for temporary orders at the same time you file for custody and/or divorce.

A judge may grant you temporary sole custody until the conclusion of the trial if it is believed to be in the child’s best interest. Once a final ruling is made, the temporary order will be voided and the final order will take effect. In general, a family court judge uses the same criteria for deciding temporary orders as for final rulings.

During the hearing, you will have a chance to present your case to a family court judge. If the judge agrees with you about your ex-spouse’s substance abuse issues, the court can issue a few types of rulings such as:

In many cases, a judge will require the other parent to attend alcohol abuse classes or enter a rehabilitation program before they can be eligible to modify a custodial ruling against them.

How Courts Respond to Allegations of Substance Abuse

Claims of alcoholism must be proven. The court takes into account recommendations from child custody evaluators, the evidence presented, as well as testimony impacting a ruling on your case. Learn more about each factor below.

If your ex disputes your claims of alcoholism against them, a judge may order a child custody evaluation. This involves a third-party evaluator (usually a mental health professional) observing your child and how they interact with each parent in the home setting as well as in the outside-the-home environment.

The evaluator may conduct various mental health tests on you and your spouse. These tests are done to identify any underlying psychological conditions that could negatively affect parenting abilities. A family court judge will usually rely heavily on the recommendations of a child custody evaluator.

In addition to the recommendations of the child custody evaluator, a judge takes into account all the evidence presented. This will include such things as pictures of broken furniture after your ex comes home drunk, videos of erratic behavior while drinking, and unsafe conditions for your child due to the alcohol dependency of your ex.

Your ex will have the opportunity to present their character witnesses as well as witnesses who may refute your claims. This is why it is important to work with a proven child custody lawyer to ensure that you are fully prepared before you go to court.

Can I Refuse Visitation?

In most cases, it is against the law to disobey court-ordered custodial agreements. However, if you believe that your child is in imminent danger, you have the right to refuse visitation until the matter is taken up with the courts.

Before you refuse visitation, ensure that you have an ample amount of documented evidence and/or “just cause” for denying the other parent the right to see their child. If you do not, it could lead to an unfavorable outcome and potential legal consequences.

Can Alcoholics Get Custody?

Technically, yes. If one parent is an alcoholic they can still potentially get sole or joint custody of their child. They will need to prove to the court that they are not a danger to the child. This can be accomplished in a few ways such as:

While there are ways for a parent suffering from substance abuse to obtain custody, in most circumstances, that is not a likely outcome. If you have lost custody of your children due to alcoholism, and have since been rehabilitated, it is recommended that you contact a child custody lawyer in your area to discuss your options.

Can I Get Custody without Going to Court?

Whether you have a child custody agreement or an order of custody, you must go to a court to request the parameters of your child custody be modified. Failure to do so can result in being held in contempt of court, fines, and potential jail time.

Even if you and your ex agree about changes to your custodial order, it will not be recognized by the law or enforceable by a family court judge unless the modifications are legally approved. The court requires you to prove that there has been a substantial change in circumstance and it is in the child’s best interest to be under your custodial care moving forward.

How Can a Child Custody Lawyer Help Me?

Fighting for child custody with a co-parent who is suffering from substance abuse issues can be very difficult. Convincing a family court judge to restrict parental rights will take evidence, documentation, and effective litigating. Child custody lawyers provide the following benefits to parents who are fighting for custody:

Most people understand the importance of hiring a divorce lawyer, especially if they are seeking custody due to substance abuse problems. Unfortunately, many represent themselves because they cannot afford the cost of a traditional child custody lawyer. Most family law attorneys charge $3k - $5k upfront and an additional $300 - $500 per hour on top of that.

If you are in the midst of a custody battle with an alcoholic ex and can’t afford the cost of a traditional attorney, you still have options. Learn more below.

How Can Unbundled Legal Services Save Me Money?

With unbundled legal services, you can hire an unbundled attorney to take care of the complex parts of your case, while you save money by handling the rest. Fees for unbundled child custody lawyers start as low as $500 - $1500.

If your case is a good fit to be unbundled, you will not have to worry about paying thousands in upfront fees. If your case is more complicated, our network of unbundled attorneys also offers full representation at affordable rates.

Before you spend thousands of dollars in upfront legal fees, get connected to an unbundled lawyer, and learn if your case is a good fit to be unbundled today.

What is a Split Trust?

Can You File for Bankruptcy and Keep a Credit Card?